An increasing number of studies demonstrates the importance of intestinal microorganisms in mediating the effect of food on human health. In this context, a few years ago it was shown that intestinal bacteria can promote atherosclerosis by producing trimethylamine (TMA) from choline, an essential nutrient that is introduced with diet through numerous foods such as, principally, eggs, fish products and wheat germ. Once absorbed, the TMA produced in the intestine is converted in the liver into TMA oxide (TMAO) in order to be eliminated through the kidneys. However, it has been suggested that TMAO may play a toxic action, since as it increases, an increase in cholesterolemia was observed with a consequent increase in the deposition of atherosclerotic plaques. Nonetheless, the intestinal bacteria mainly involved in the production of TMA and, consequently, with the excretion of TMAO are mostly unknown.

In this study, a molecular biology protocol was developed to quantify the bacterial gene that allows the conversion of choline into TMA in the intestine. This protocol was then used to study three different stool samples collected from 16 healthy adult volunteers. The main bacterial groups were then identified and quantified in the same fecal samples through microbiomic analysis. In addition, the same volunteers carried out the daily collection of urine, in which TMAO levels were determined. The statistical analysis of the results revealed an association between the levels of TMAO excreted with urine and the presence in the intestine of a specific type of bacterial enzyme that produces TMA from choline, which is typical of some members of the Enterobacteriaceae family. The results of this study suggest the importance of specifically considering this group of intestinal bacteria in the context of intestinal TMA production and, consequently, atherogenesis. 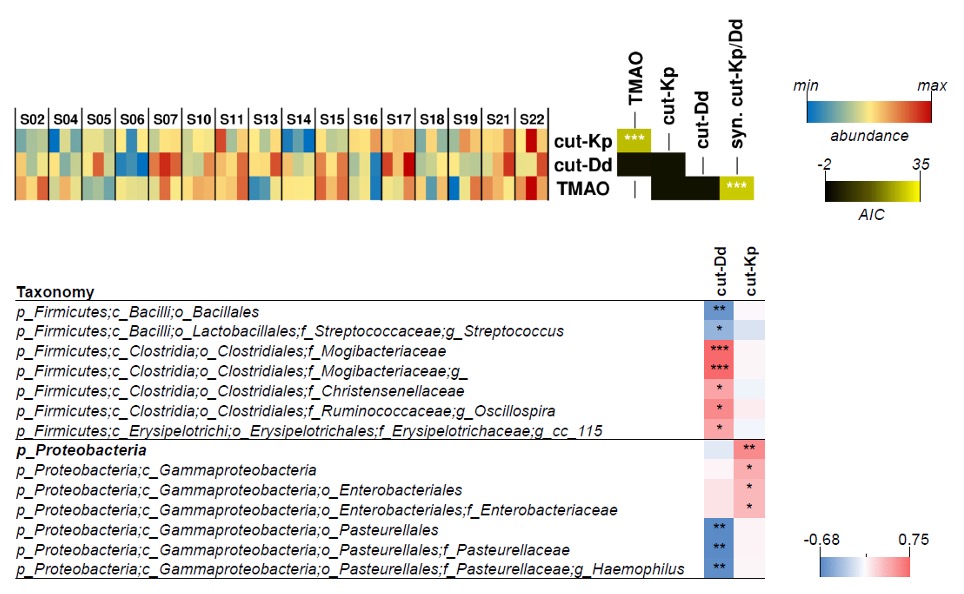